Find your next dream home in Puerto Vallarta

Aldo is committed to listening to his clients’ needs and utilizing his keen negotiating skills to ensure a successful transaction. 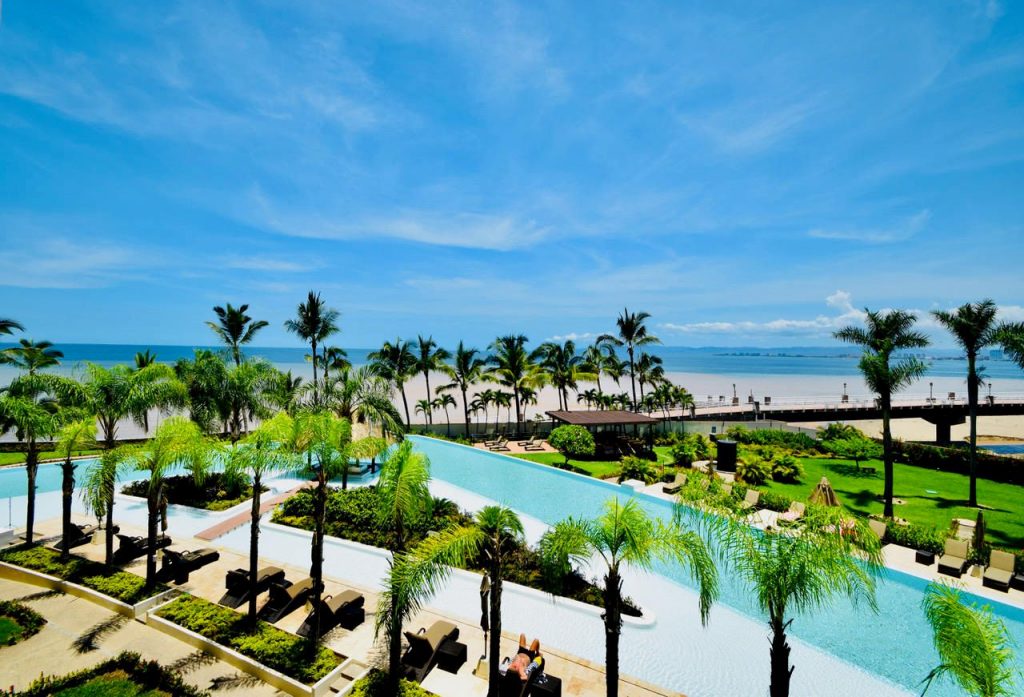 More and more Americans and Canadians and other foreigners are spending their winters in Puerto Vallarta Mexico as it is an ideal “snowbird” destination. Puerto 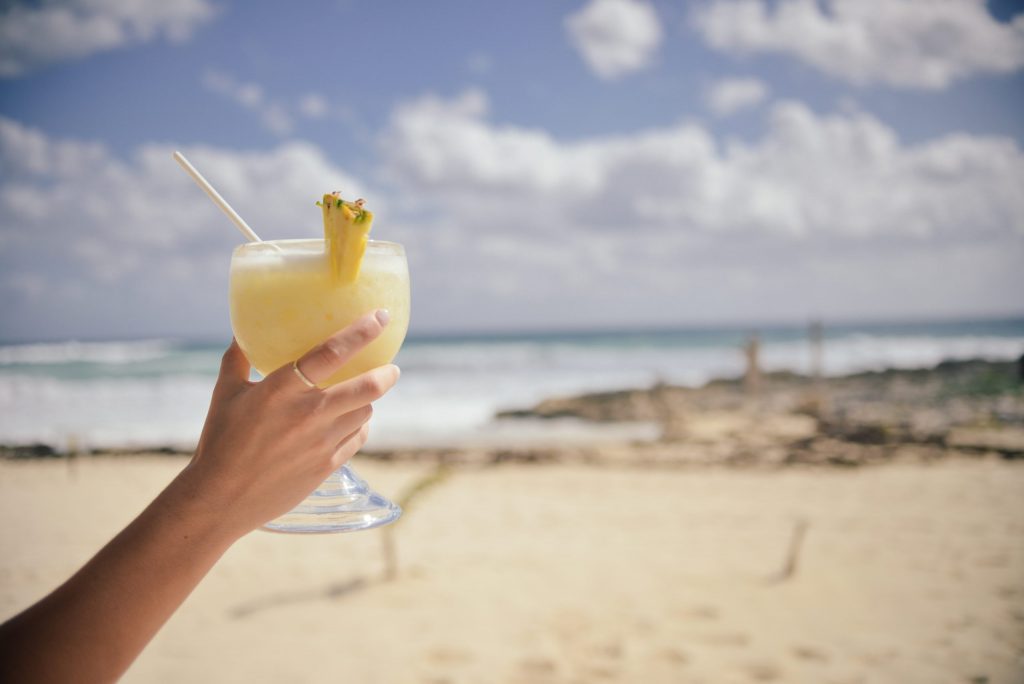 Is There a Best Time of Year to Transact in Real Estate? (This Data Might Surprise You…) Is it better to list in the summer? The winter? Will I have more competition if I list in the winter? Am I more likely to sell at a greater discount depending on the time of year?

As a managing broker I appreciate that even with the help of a real estate broker it is difficult to determine the optimal listing price or optimal time of year to list. Practically speaking if brokers and investors were pricing real estate perfectly price changes would not be as common as they currently are. The pricing market interests me so much that when wearing my “professor hat” I spend a fair amount of time examining the pricing of real estate in Chicago in an attempt to better understand movements.

Related: The Best (And Worst) Real Estate Markets (According to New Data…)

As I work through a much larger study I want to shed some light on a few things that investors may find interesting.

This first post is summarizing the trends that were identified when segmenting properties into quarters. In an attempt to answer the questions above I looked at all residential multi-unit buildings from 2006-2012. This resulted in over 11,000 properties that were listed and sold during this period. In this post I am only discussing those properties that did NOT have to submit a price change in order to lead to a sell which reduced the properties sample to 6,410. The table below looks at this reduced sample and shows that over the 6 year period examined the differences in inventory are seemingly negligible. We can see that the first half of a year, Q1 and Q2, certainly have more listings but also more sales as a result.

If we are chasing the buyers we may want to list in the first half of the year but the fact that both Q3 and Q4 had more sales than listings may mean that sellers hold a stronger bargaining position in the second half of a year. The question is would you rather be operating in a market that is moving more inventory or one that has a tighter inventory?

Related: Why Winter is Great for Real Estate Investing

As a buyer you may reason that the fourth quarter is optimal since the fewest properties are being demanded and that prices will be lower as a result. It is worth noting that the average days it took to sell in this sample was 34.06 days which is relatively quick and speaks to finding the right time to list.

While it is valuable to have a general sense of you competition what is the discount that these sellers are undertaking in order to sell over an average window of 34.06 days? The table below suggests that regardless of what quarter you list the average discount is approximately 5%. This would tend to imply that regardless of the quarter listed a parcel will sell for a discount of approximately 5%. On a technical note if you are a buyer you do seem to have a marginal benefit if negotiating a purchase in the second quarter of a year and if you are a seller you have a marginal benefit when listing in this same quarter.

What conclusions can be drawn from this summary?

The next step is to examine what happens when we don’t price “right” and have to change the listing price. Next time I will be looking at how price changes are received by the market and how they impact time and discounts.

The post Is There a Best Time of Year to Transact in Real Estate? (This Data Might Surprise You…) is property of The BiggerPockets Blog. and is Copyright 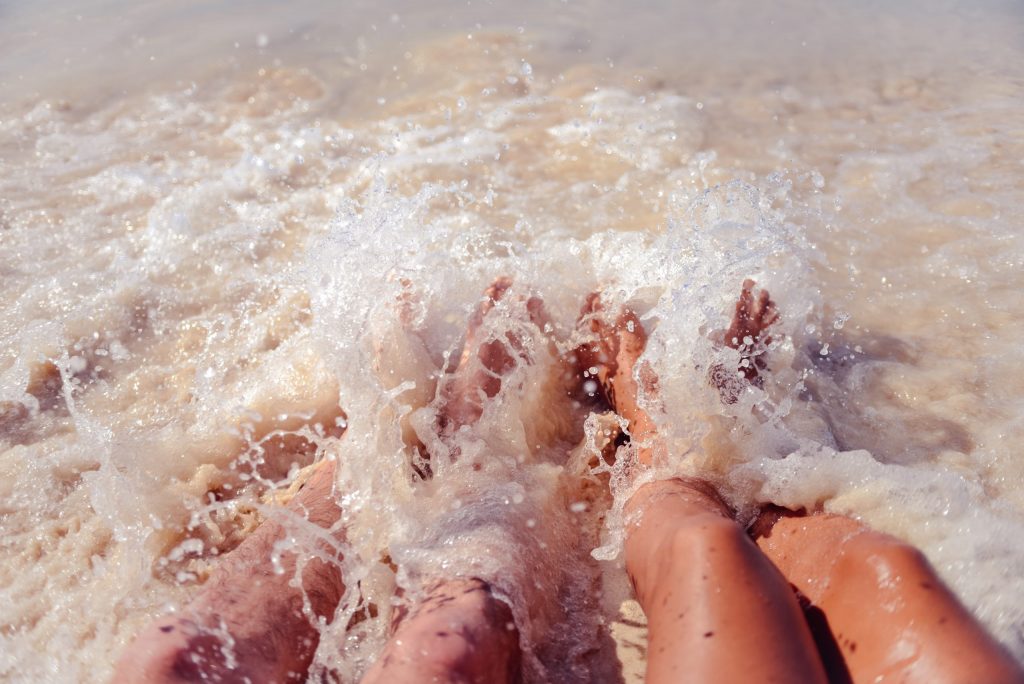 Reading Between the Lines: Understanding Your Real Estate Buyers and Sellers As real estate investors we often have to be quick when it comes to reading people and making decisions about our buyers and sellers. While it is necessary, in this author’s mind, to be caring and honest with people you are dealing with it is also warranted to protect yourself from loss of time and mental energy strain when dealing with the public.

I heard a quote that says, “How you do anything is how you do everything.” What a perfect quote for this article. Below are a few examples to be aware of that can show how people really feel without them telling you anything. It is true that, in most cases, actions speak louder than words when it comes to conveying people’s real feelings and traits.

The examples below are not based on any scientific data and are only this author’s opinion based on a decade of investing. If you disagree or would like to add any examples for us all to learn from please comment them below.

Keep both eyes open during your first few meetings or phone calls with potential buyers or tenants. Your B.S. detector should be on high alert during these times. When dealing with buyers and potential tenants they “should” be on their best behavior with you. Be aware of over friendly or disrespectful attitudes, profanity, and worst of all excuse-syndrome.

Let’s break down these behaviors…

Over friendly or disrespect attitudes from buyers and/or potential tenants: A buyer or potential tenant should have the idea in their mind that this is a business relationship. If you are being called sport, champ, boss, buddy or pal I advise to quickly correct this before moving forward. Ideally a yes sir/no sir or yes ma’am/no ma’am attitude should be used by your clients. Please note that this casual attitude is not a good or bad thing, however it may show a lack of respect for you and your role as landlord and seller.

Profanity: Street slang and profanity can tell you a lot about a person. If, on your first occasion, your applicant is using slang towards you or using profanity in front of you towards others or their children then be aware this will only get worse. While using profanity or common slang does not solely group a person as definitively one way or another it does show a lack of respect for your role as landlord or seller.

Excuse syndrome: Be on the listen for a victim mentality and excuses in your future buyer or tenant. If you hear excuse after excuse then be prepared that this will only continue when trying to collect your monthly payments from these sellers.

No call, No show: Buyers and sellers are finicky and wishy-washy. If a seller or buyer has not called you back concerning your offer they have given you an answer already. A no call often means these once interested parties are likely no longer interested in your home or purchase offer(s). This may not always be …read more 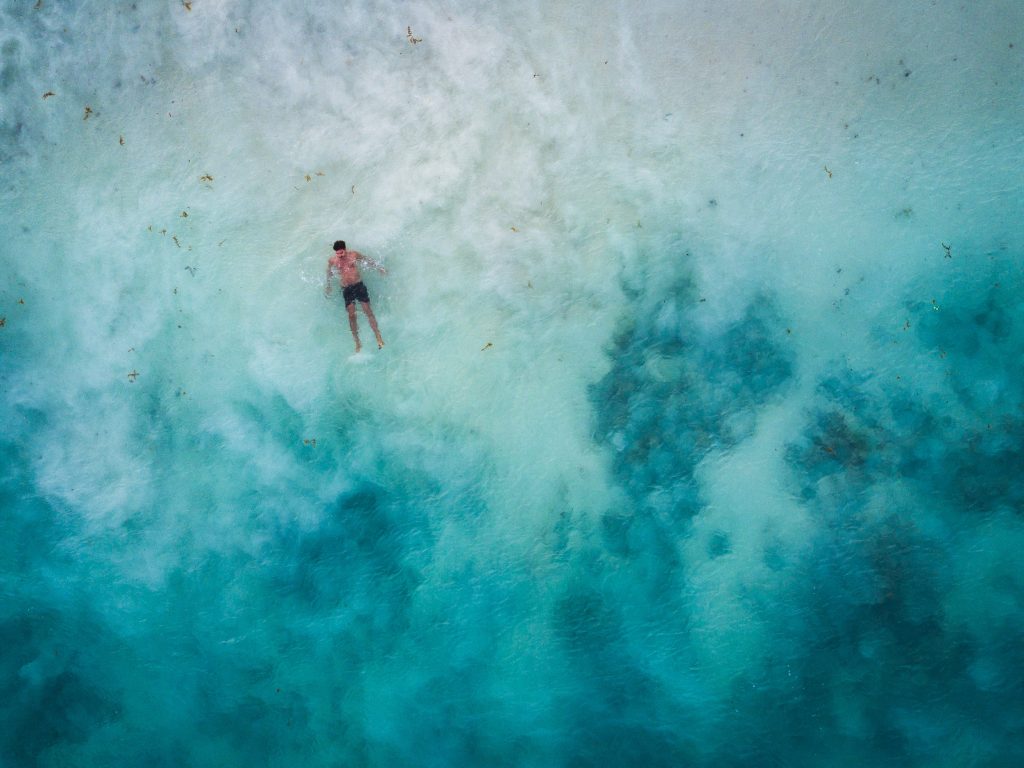 Mosquitoes Puerto Vallarta is not free of mosquitoes. What are they good for? Absolutely nothing, we’ve been told. Eliminating them, however, is not simply a 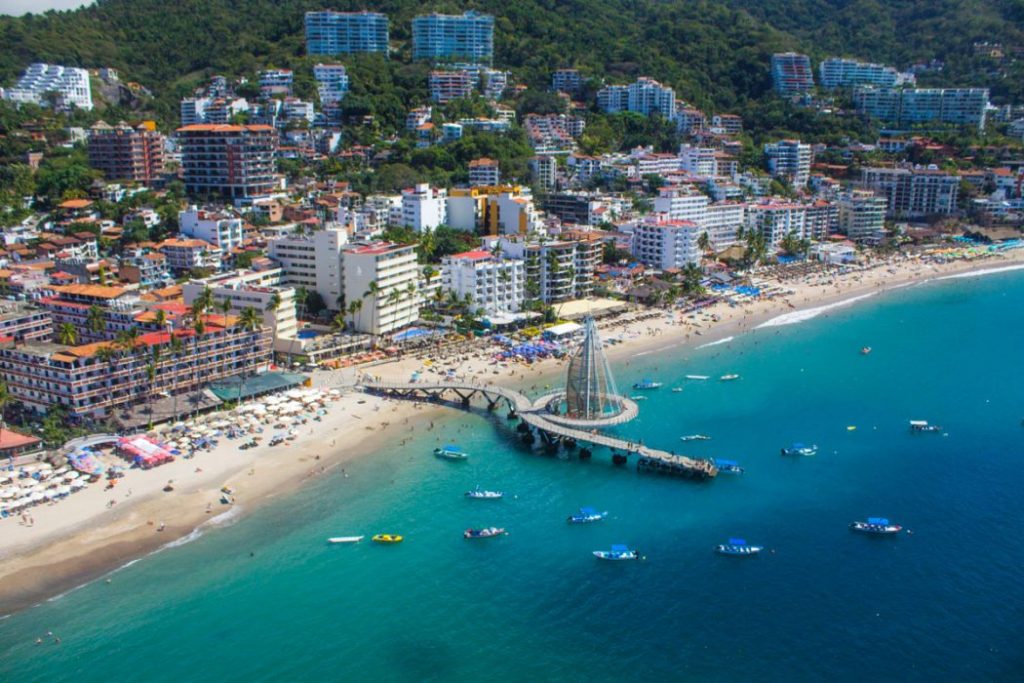 Ajijic For those looking for a nice adventure out of town while the temps are still high, we recommend a trip to Ajijic, a quick 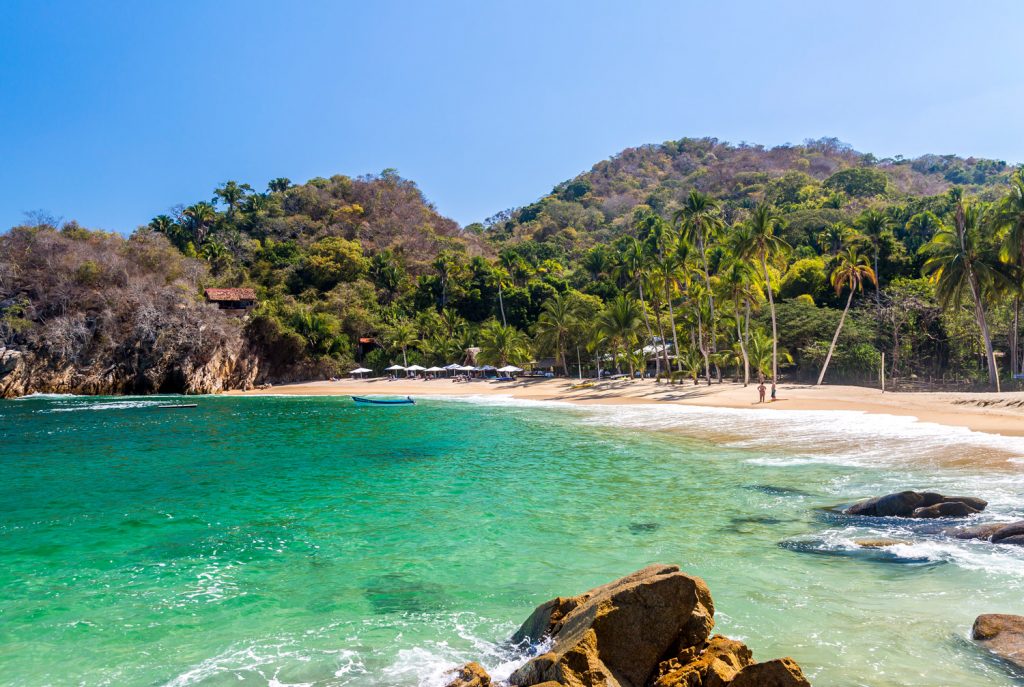 This time of year in Puerto Vallarta, poinsettias are everywhere. Supermarkets, small tiendas and roadside stands as well as the many viveros (plant nurseries) stock

Puerto Vallarta: The Gift Of Life

The Gift of Life Another recent cry has gone out for Type O blood in Puerto Vallarta. We hear these requests often and the need 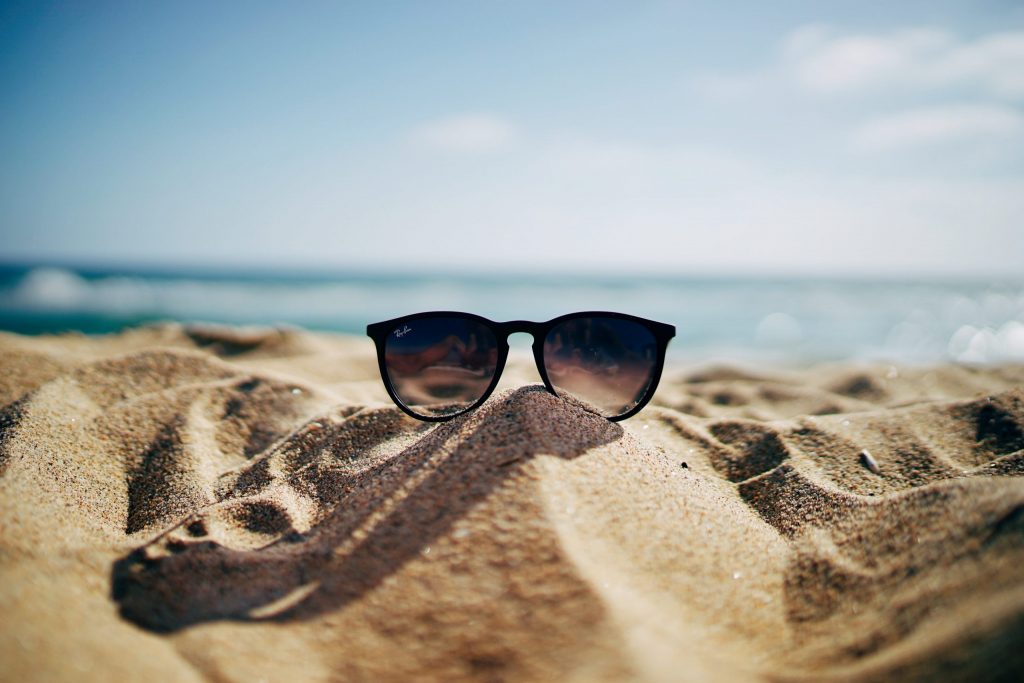 How to Save Your House Flips When They Don’t Sell One of the biggest worries of new house flippers is what happens when they can’t sell their flips.

It’s a legitimate fear…but one you don’t need to have if you just take a few precautionary steps with your lenders ahead of time.

To do this though, it largely depends what KIND of loan you have on the house.

Here are two scenarios that you may come face to face with and how to deal with them.

When you’re working with a private money lender – this could be a family member, a friend or a business acquaintance, you’re the one who’s setting the terms.

If it’s an equity deal, then it’s a little different – but on a pure note we usually personally promise them. It’s really important to me to make sure my lenders are well protected.

I do this because I don’t want to be in a position where I can’t pay off that note only because it went beyond the 12 months. So what we typically add in a stipulation our promissory note that includes a “when the property sells” provision.

The idea is not to make you lazy or give you a false sense of security, but to protect you in case hings go wrong.

Never forget that in house flipping, time is money and you never want to be in a property longer than six months.

This provision just gives you a little extra layer of protection to know that you’re not going to be foreclosed on hard by your lender.

If you’re in a deal with a hard money lender, then the rules are completely different…so this section is a bit more lengthy.

When you borrow hard money, the hard money lender creates the rules, they’re professional lenders just like bank and most of them really know their stuff.

Some house flippers, eager to get their first deal funded with a hard money lender, get too aggressive and set their terms for six months.

Never, ever, ever get into a six-month loan with a hard money lender. I don’t recommend them…its just not enough time, especially when you’re first starting out flipping.

Its completely plausible that you could buy a property and it could take you 60-plus days just to rehab it. Not that you want to take that long on a rehab, but it can happen.

If the rehab takes 60 days, thats two full months into it and only after that, you can list it and start the selling process.

But lets say its towards the end of the year and it took a couple of months for the selling season to come. Or perhaps you could sell …read more

Need to find me?

GOT QUESTIONS? ASK ME!

drop Me a note